Following the formalities of the AGM, the afternoon session consisted of presentations from industry bodies relating to Safety, Health and the Environment and other current issues.

Rob Oades set the ball rolling by presenting the recent work of the SIA Technical Committee, including an update on the progress of the latest SIA safety film – Safe Handling and Transportation of Bulk Solvents by Road, which is due to be released in Spring 2017.

Rob also covered the 2016-17 work programme objectives for the Association and invited those present to become involved with Technical Committee projects.

Hartwig Wendt of the European Chemicals Industry Council (Cefic) followed with a presentation on the current hot topic of sustainability, which was of interest to all of the industry sectors present.

The final speaker of the session was Paul Hodges, founder of International eChem, who gave a fascinating insight into the potential effects of Brexit on the solvents industry and how the performance of the chemical industry reflects the state of the global economy.

The Solvents Industry Association would like to thank all of the speakers for what made an interesting and informative session. 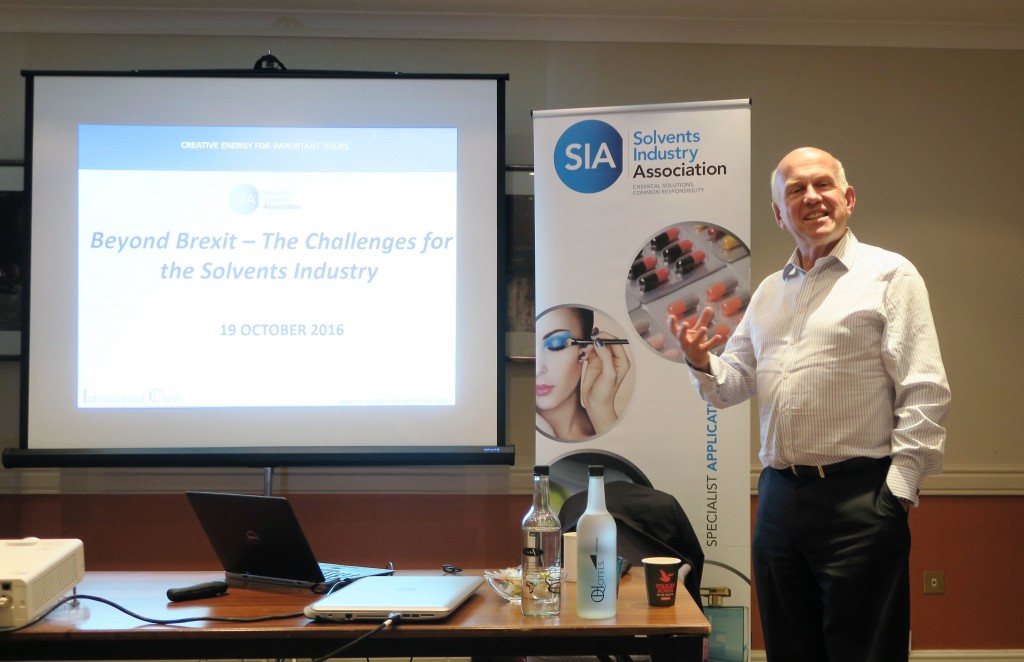 A relaxed evening of dinner followed by presentations to outgoing Chairman, Chris Hall and of the annual Gerald Soane Award for outstanding contribution to Health & Safety (reported separately).

After dinner entertainment was provided by Team Spirit, who conducted a modern take on a pub quiz. Well done to the ‘Chemical Brothers’ who were the victorious team on the night. 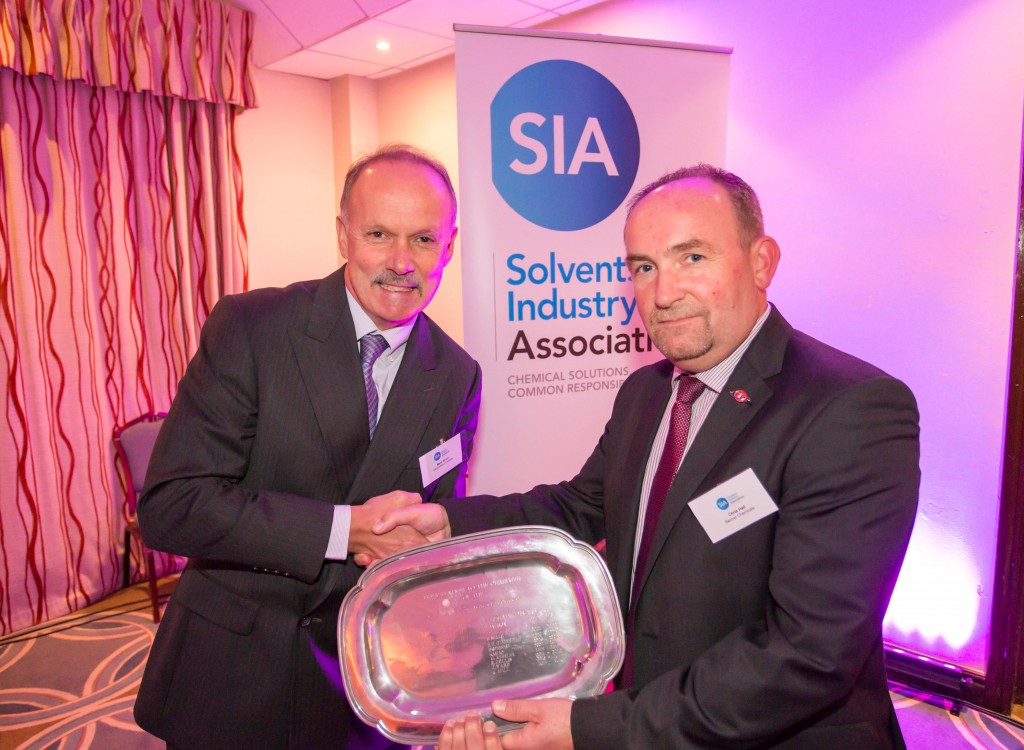 The Chairman’s charity raffle raised £525 in aid of Queenscourt Hospice in Southport, which was a fantastic effort. Many thanks to Alcohols Limited and Hayman Limited for generously donating prizes on the night.